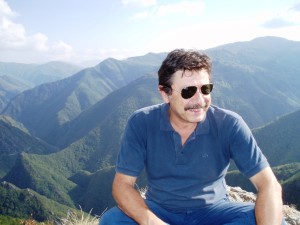 In charge of managing Toxicology of oncology projects:

Head of Pharmatox and Imaging Laboratories at the site of Colleretto Giacosa (TO). Group constituted of two Units (PharmaTox and Imaging) each headed by a senior scientist. PharmaTox comprised of three Laboratory heads and three technicians with the same functions as in the previous location. Imaging devoted to screening of new molecules for imaging by magnetic resonance in rodents and efficacy/distribution studies. Comprised of two scientists, one senior technician. The function refers to the Head of Research Center and interacts with Quality, Regulatory, Chemistry, Manufacturing. In charge of Dept budget and organisation of non-clinical development plan of new compounds, both by performing in-house studies and on contract (CROs, Universities). Review of study documentation (protocols, amendments, reports) and interactions with Study Directors, Principal Investigators, Quality Assurance Unit. In charge of documentation for registration (summaries, Expert Report, IMPD, IB). Team member/team leader in development teams 1998- 2008. Frequent interactions with other Company Research Centres in Princeton (US) and Geneva (Switzerland). Meetings with health authorities: FDA (2002, 2005), MPA (2004), ISS (2004, 2005) for IND, NDA meetings. Responsible for the Research Projects and responsible for the experiments in the authorization by the Ministry of Health for animal use. Nonclinical Expert as per Annex I of Directive 2001/83/EC.